The concept of electric vehicles was merely science fiction before General Motors first rolled out the EV1 in 1996. They later crushed most of them in 2003 citing unprofitability, leaving the electric vehicle market essentially empty.

With hopes of creating highly efficient battery-electric cars, Tesla Motors sought funding from investors. In 2004, Elon Musk joined and led the Series A investments by putting up $6.5 million of the $7.5 million raised.

As a result, Musk became the chairman of the board of directors. The vision for Tesla Motors now became clear: to become “a car manufacturer that is also a technology company.”

During the design process of their first vehicle, the Tesla team wanted to incorporate a lithium-ion battery, as opposed to the lead-acid battery that GM’s EV1 used.

Being the first automaker to use such technology in a vehicle, Tesla figured that it would be more powerful and less expensive to manufacture than traditional batteries.

Though the young company’s long-term goal was to create affordable electric vehicles, they wanted to start with manufacturing high-end cars to help fund their future endeavors. In 2006, Tesla revealed this groundbreaking automobile to the public.

From this point until 2008, Tesla Motors entered its next several rounds of investments. These rounds found great success, having earned over $100 million from numerous investors such as the Google co-founders and the former eBay President. A Change in Leadership at Tesla Motors

Sometime during this success, Eberhard was asked to resign as CEO to join the advisory board. Shortly after, he left the company.

Almost simultaneously, Tarpenning, the other co-founder, stepped down from his position as vice president of electric engineering and left the company as well in 2008.

Elon Musk then began his tenure as CEO of Tesla Motors, where he made drastic changes and secured a $465 million loan from the United States Department of Energy.

In 2008, Tesla Motors began producing the Roadster. The vehicle was able to travel an unprecedented 245 miles on a single charge, accelerate from 0 to 60 mph in about four seconds, could hit a top speed of 125 mph, and, of course, use no gasoline.

In 2012, Tesla Motors ceased production of the Roadster and shifted its attention towards the Model S, an affordable electric sedan.

Soon after its release, however, Model S drivers found their vehicles combusting into flames after hitting road debris.

This event led to a significant drop in their stock, but customers continued to craze over the innovative Tesla Motors.

Over the next couple of years, Tesla Motors saw rapid growth as it reached many milestones.

To keep up with their demand for lithium-ion batteries, Tesla unveiled ambitious plans to develop the aptly named “Tesla Gigafactory.”

This massive factory would be used to manufacture lithium-ion batteries at a large scale with hopes of making their batteries, and thus electric vehicles, more affordable.

In the following year, Tesla rolled out its powerful (and controversial) autopilot feature for the Model S.

Revealed in 2015, the Model X was the next electric vehicle in Tesla’s line. The Model X was a roomy SUV with an impressive range of nearly 300 miles on a full charge. With this release, Musk and the Tesla team showed just how powerfully versatile they are.

While seeing success, Tesla Motors decided to expand and acquire a handful of other companies.

One was SolarCity, a solar panel company. Tesla previously had ideas of using solar energy in their technology, but ultimately found SolarCity to be a worthy subsidiary.

Finally, Tesla released its most popular electric car, the Model 3, in 2016.

This four-door sedan could travel for 220 miles (the newest model has a range of about 350 miles). It also boasts a shockingly affordable price tag at just $35,000.

The Tesla team wanted the public to know that it’s more than just an automobile manufacturer. It’s also a tech company.

Shortly after the name change, one of China’s most powerful and valuable companies bought a 5% stake in Tesla, valued at $1.8 billion.

It wasn’t long after that Tesla surpassed Ford in market capitalization to hold the title of the most valuable American automaker.

Whoa … the stock is so high lol

As the Tesla stock quickly rose, Musk Tweeted that he might take Tesla private when the stock reached $420. He further stated that the company already secured this funding.

In September 2018, the U.S. SEC found this Tweet to be fraudulent and sued Musk. As a result, Musk stepped down as chairman and received a fine of $20 million.

Regardless, Tesla decided to keep the company public.

The futuristic vehicle made waves on social media when its indestructible windows shattered during a live demonstration. Tesla plans to release the boxy electric six-seater in 2021.

Tesla’s Growth During the Pandemic

In March 2020, a year later after its unveiling, the Model Y electric car went public for deliveries.

The vehicle is essentially an upgraded Model X. It can recharge half of its 326-mile range in just 15 minutes.

Several more Gigafactories broke ground around the world, including Shanghai, Berlin, and Texas. Musk later ambitiously claimed that the Berlin location will eventually be the biggest battery factory in the world.

Tesla’s growth and innovation appear not only limitless, but also inextricably linked. As the company releases new electric cars, each more powerful and accessible than the last, its stock will continue to rise.

Furthermore, its hold on the electric vehicle market will only strengthen. Where previous automakers saw little to no profitability, Tesla saw opportunity.

Its rapid growth and astounding novelty are, perhaps, owed to Tesla, Inc.’s original goal: to be a car maker and tech company in one. The respective keystone principles of each industry’s most successful titans—productivity and creativity—continue to keep Tesla at the top and will undoubtedly do so for decades to come.

For more on magnate and visionary Elon Musk, check out this timeline of his accomplishments and personal lift which include his time on Joe Rogan’s podcast. 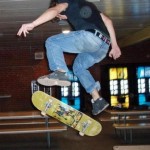 Every Game in the Resident Evil Series

This website uses cookies to improve your experience while you navigate through the website. Out of these, the cookies that are categorized as necessary are stored on your browser as they are essential for the working of basic functionalities of the website. We also use third-party cookies that help us analyze and understand how you use this website. These cookies will be stored in your browser only with your consent. You also have the option to opt-out of these cookies. But opting out of some of these cookies may affect your browsing experience.
Necessary Always Enabled
Necessary cookies are absolutely essential for the website to function properly. These cookies ensure basic functionalities and security features of the website, anonymously.
Functional
Functional cookies help to perform certain functionalities like sharing the content of the website on social media platforms, collect feedbacks, and other third-party features.
Performance
Performance cookies are used to understand and analyze the key performance indexes of the website which helps in delivering a better user experience for the visitors.
Analytics
Analytical cookies are used to understand how visitors interact with the website. These cookies help provide information on metrics the number of visitors, bounce rate, traffic source, etc.
Advertisement
Advertisement cookies are used to provide visitors with relevant ads and marketing campaigns. These cookies track visitors across websites and collect information to provide customized ads.
Others
Other uncategorized cookies are those that are being analyzed and have not been classified into a category as yet.
SAVE & ACCEPT
Updated on June 16, 2022 by