King Kong is one of the greatest movie monsters ever brought to the big screen. The combination of the ape’s enormous size and his nearly-human wits makes Kong one of the worst threats that mankind has ever faced in fiction. With the newest Godzilla vs. Kong movie out right now, we thought it would be fun to look back at all of the King Kong movies throughout the years.

The movie that started it all. A giant ape is brought to New York City to show amazed viewers the wonders of nature and earn money for his promoter, but Kong has other plans when he meets a beautiful woman and decides to run away with her.

Proving that one successful movie does not always lead to a successful sequel, this film follows the protagonists to Kong’s home of Skull Island. There they find that the massive ape had a son and dinosaurs still roam the island.

Where to Watch: Netflix, Amazon Prime

As the title implies, the majority of the movie was used to showcase the special effects of the 1960s as the enormous ape and reptilian go toe-to-toe on Mount Fuji. As they vie for dominance, the world below watches in horror and awe.

Where to Watch: Netflix, DirecTV

Somehow a robotic counterpart to King Kong has been created and gone on a rampage. Kong must fight against the robot version of himself to save the gorgeous woman he desperately wants to protect.

This movie is a reboot of the Kong franchise, or a prequel depending on your point of view, wherein a research vessel happens upon an island with the native people living on tenterhooks, afraid of the giant ape they call King Kong. When a shipwreck survivor is sacrificed to the monster, the scientists manage to capture the beast and begin planning to send him back to the US as an exhibit.

Where to Watch: Netflix

Hilariously rated zero on Rotten Tomatoes, this abysmal movie follows Kong after he was shot down from the Twin Towers. Although the ape still lives, his heart is in seriously bad shape. He receives a transplant with a mechanical heart and starts his recovery. However, he somehow senses that a female of his species is near and driven by hormonal instincts, and escapes from his facility to find her.

In a children-friendly, animated version of the original 1933 plot, this movie follows King Kong as he is transported to New York and decides to escape from his captors, climbing the Twin Towers with his beloved human woman.

Where to Watch: Amazon Prime

This animated film follows the corrupt ruler of the ancient city of Atlantis, Queen Reptilia, as she becomes convinced that the perfect king to rule beside her would be Kong. She plans to bring Atlantis back to Earth and is determined to bring Kong to sit by her side in their kingdom. However, Kong is a king in his own right and has other plans.

In a stunning reboot of the original King Kong movie, Peter Jackson recaptures the majesty and wonder of the massive ape with impressive special effects that were cutting edge for the time. Jack Black’s director heads to an uncharted island to film a movie with a tongue-in-cheek twist, and there they must contend with the enormous creatures that inhabit the island.

Where to Watch: Amazon Prime

Another entry in the animated King Kong franchise, this movie follows the beast’s return to the wilderness. However, instead of being returned to his native island, he is taken to a foreign jungle where he must struggle just to survive.

A strong team of scientists and soldiers set out to conquer one of the last remaining bastions of the primal wilderness: Skull Island. Jam-packed with famous actors, this movie shows just how helpless humans are against the great unknown, no matter how competent they may seem. As they learn about Kong’s existence and that they are trespassing in his domain, they realize that their survival and escape are more important than anything else. There are some places where humans were never meant to go.

Where to Watch: HBOMax

Kong and Jia, an orphaned girl, set out on an epic journey to return the giant ape to his homeland in this exciting film. Together, they accidentally stumble across the path of Godzilla, another mythical creature that is thirsty for blood and won’t take no for an answer.

King Kong is one of the greatest, most legendary movie monsters ever brought to the big screen. His name is as recognizable as any other sci-fi greats such as Predator from the Predator franchise, Xenomorph from the Alien Franchise, and of course, Godzilla from the Godzilla franchise. Bringing terror to his enemies and thrills to his viewers, it’s no wonder the story of King Kong has been revisited time and time again for 90 years and will likely continue to do so for at least another 90 years. 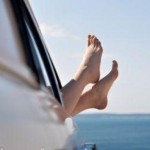 3 months ago Alexa Tanen
We use cookies on our website to give you the most relevant experience by remembering your preferences and repeat visits. By clicking “Accept”, you consent to the use of ALL the cookies.
Do not sell my personal information.
Cookie SettingsAccept
Manage consent